Art lovers have the rare privilege to view the recently opened Tienie Pritchard Museum at The Orient Boutique Hotel in Elandsfontein in the Crocodile river Valley between Hartebeespoort and Pretoria. A substantial collection of the artist’s work, as well as a wealth of information about his career, is displayed in a manner that can justly be described as spectacular.

Even before one starts to walk between the exhibits in order to view them individually, one is aware of an intense impact on the senses. The bronzes in the museum are nude or semi-nude figures, predominantly female and often in a composition with animal figures, symbolic animal images or objects of animal origin. The subject of the sculptures is often historical figures or customs like Joan of Arc, Cleopatra, King Shaka and the slave market in Cairo round about 1800, or inspired by mythology like the bird goddess in The Gift of Flight and the mermaid swimming with dolphins in the Mermaid Fountain. The style is classical realism and the bronzes are beautifully finished with surfaces alternating between polished and textured. The sculptures are displayed on grayish white marble pedestals, some of them under skylights and wide terrace doors lead to a lush surrounding garden. The ambience is tranquil and almost mystical. 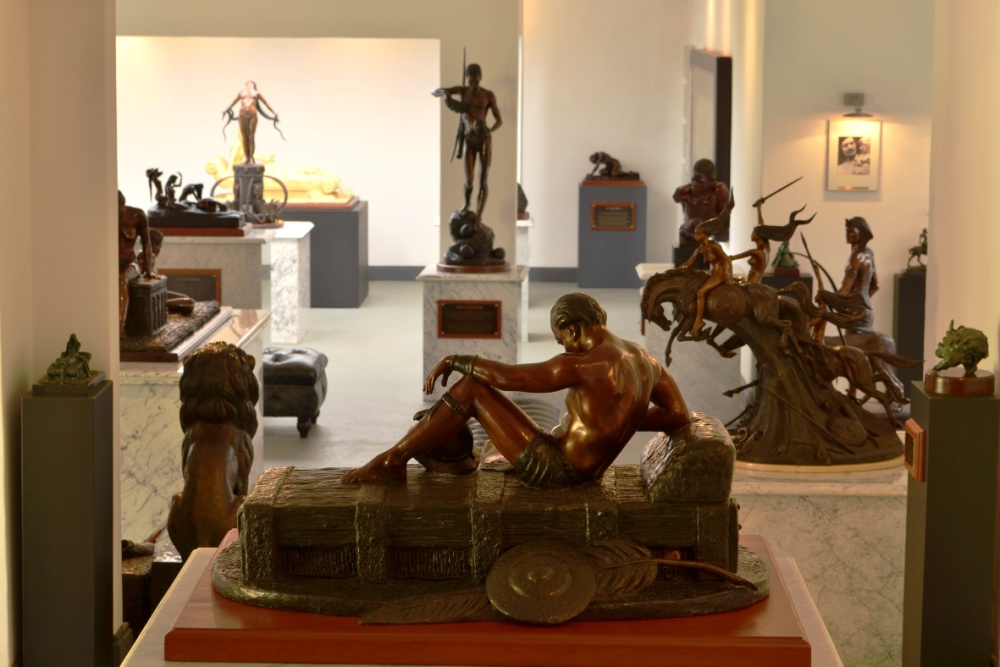 When entering the museum, the visitor sees a wide angle photograph of Tienie’s studio covering a wall of 6m x 2m, creating the illusion of stepping into the studio with its abundance of plaster of Paris sculptures. 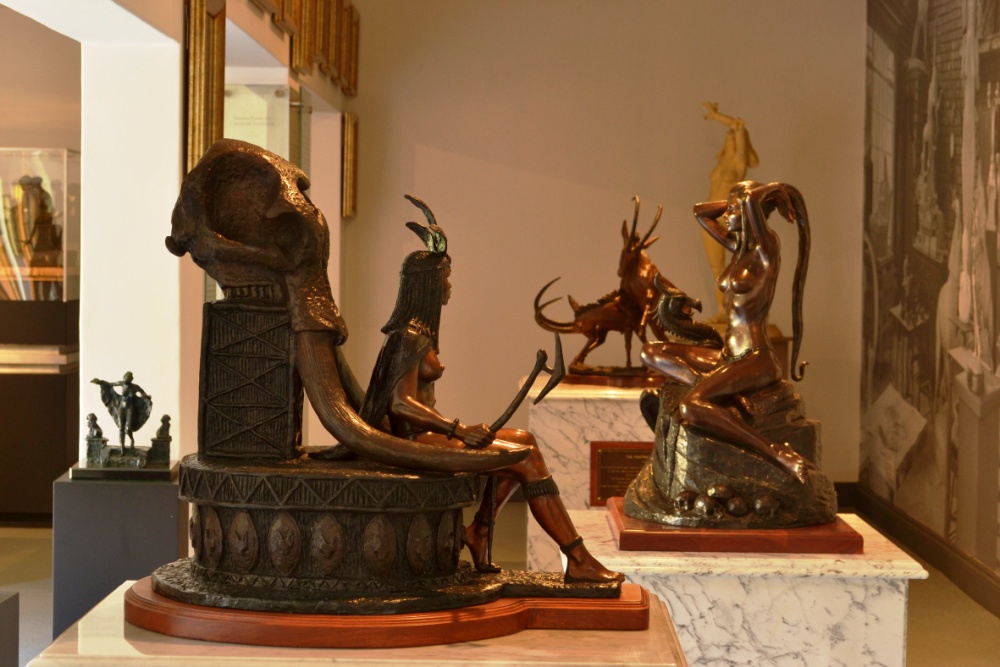 Press clippings and photographs telling the story of the sculptor’s major public commissions as well as informative notes about every sculpture exhibited, illustrate the career and legacy of one of South Africa’s greatest living sculptors. 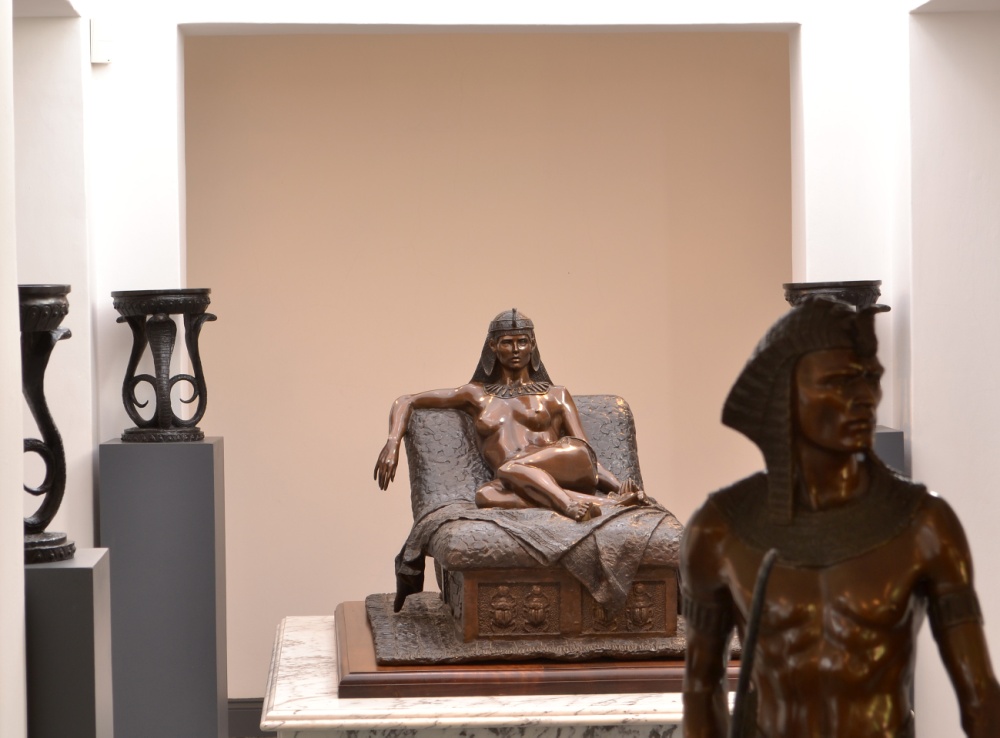 Tienie, with his long grey ponytail and clipped beard, is as passionately committed to the nude as he was 37 years ago when he refused to cover his nude woman figure in the sculpture group Life Cycle to satisfy churches and women organizations who had moral objections against nude sculpture at government buildings. Through the years he stayed true to his convention that the nude is not simply a subject of art, but actually a form of art which will always be the core of his creative motivation. He says that the nude human body is very rich in associations and that when it is turned into art, it can express everything that he as an artist has to say. 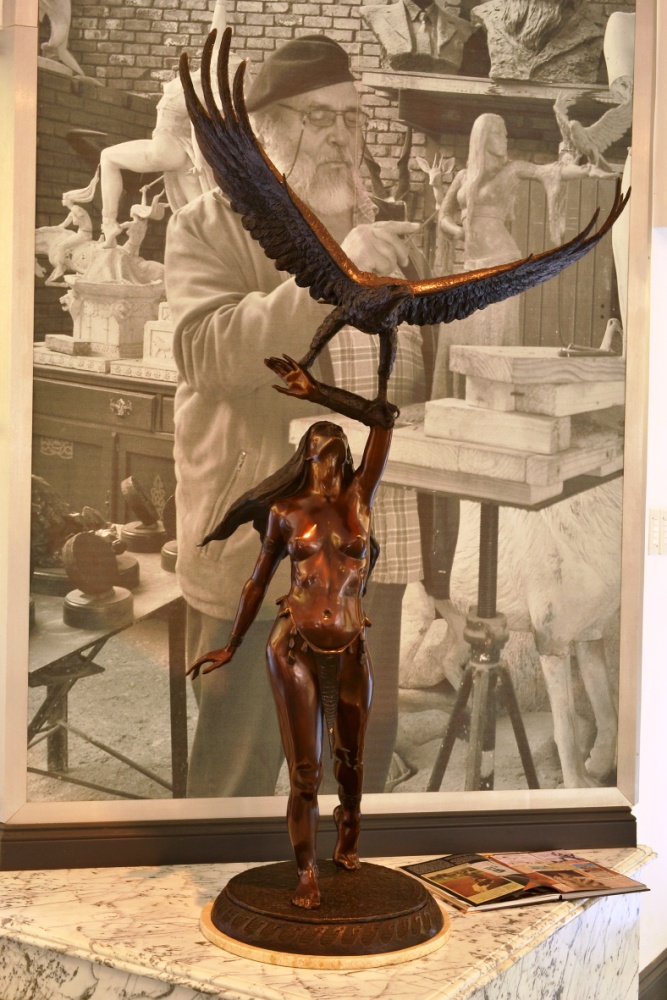 This museum is the result of a unique alliance between sculptor Tienie Pritchard and the owners of the Orient Boutique Hotel, Cobus Du Plessis and Mari Dartnall. Their contribution towards the creation of Tienie’s art goes much further than buying and sponsoring works of art. Tienie’s interest in man’s cultural history is shared and stimulated by Cobus and Mari and many Pritchard sculptures resulted out of this shared passion. Throughout the many years of this collaboration, Tienie had the freedom to create according to the specifications of his own muse, using the nude to express a wide range of concepts. The Orient collection of Tienie Pritchard sculptures is representative of a lifetime of work and the owners’ decision to create a museum displaying the sculptures for the benefit of all art lovers, make the exhibits the legacy of the Orient as much as it is a legacy of Tienie Pritchard. Privately sponsored art museums are a rarity worldwide and it will certainly contribute to South Africa’s cultural upliftment. 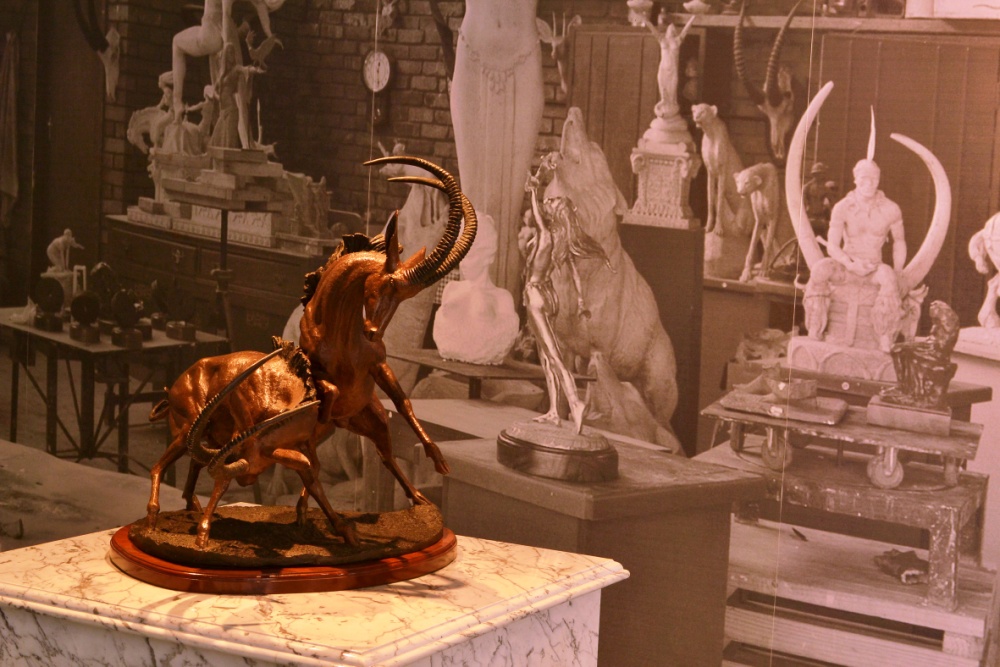 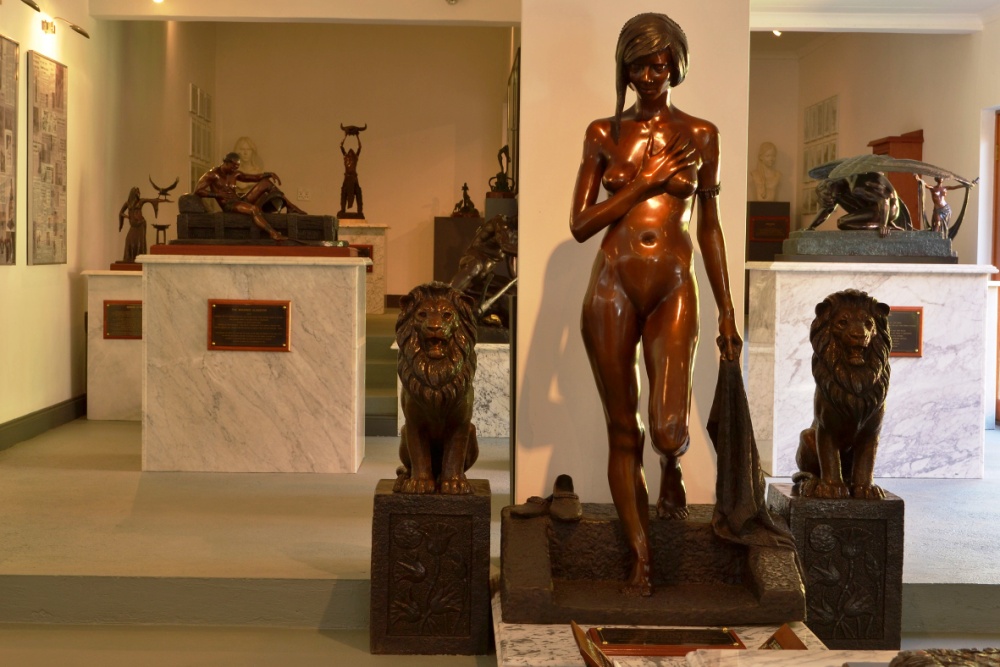 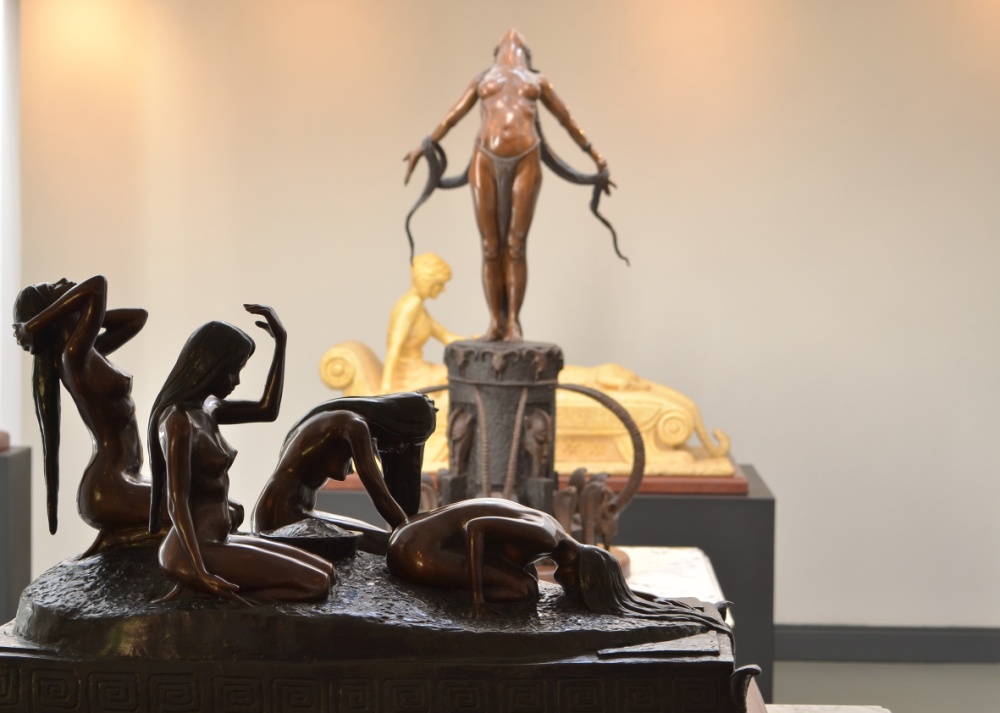 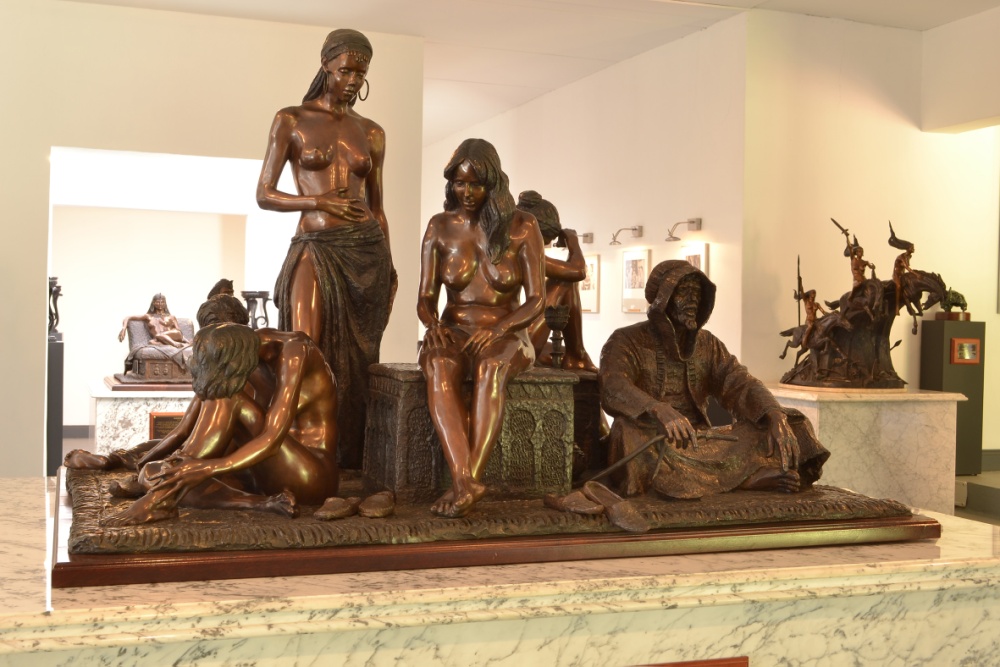 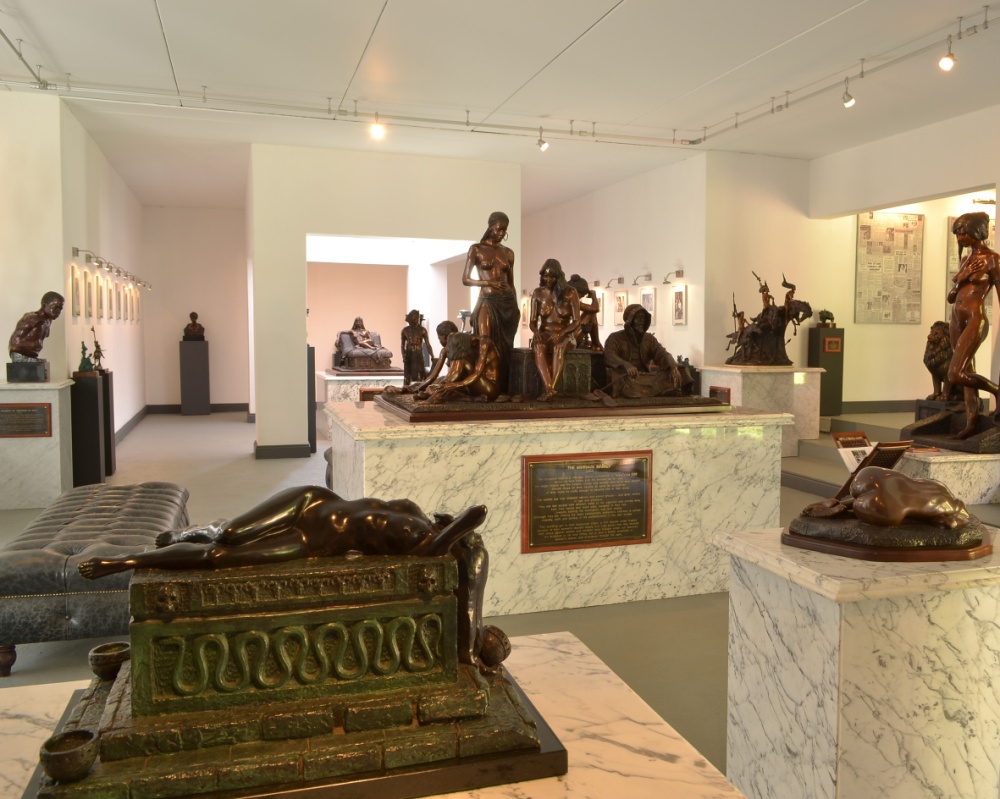 Anyone interested in viewing this museum, where architecture, interior design and magnificent works of art work together to dazzle the senses, can contact Mari at 012 371 2902/3/4 for more information. Orient Boutique Hotel website