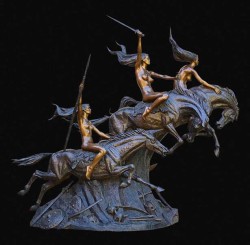 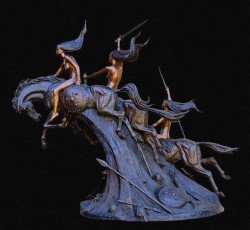 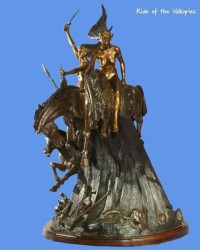 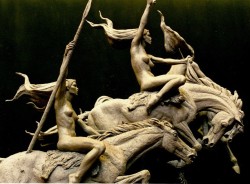 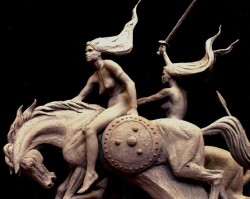 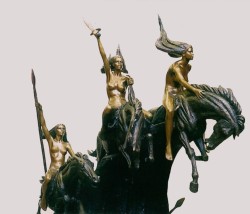 According to Norse mythology, the Valkyries were the shield maidens of the god Odin. They were beautiful and armed and were mounted on splendid horses on which they rode through the air. They surveyed battlefields, gathering up the souls of the chosen heroes of the Vikings that had succumbed during the battle. These souls were borne away to Valhalla, the big hall of Odin, where they were kept in fighting form to become part of Odin’s ghostly army and to participate in the final stand between the gods and the evil forces.