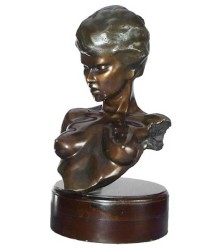 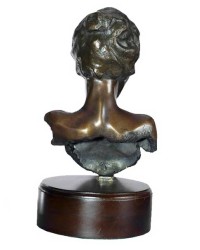 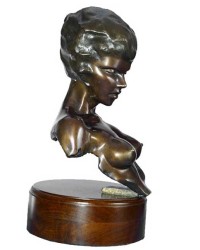 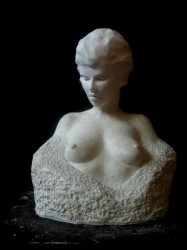 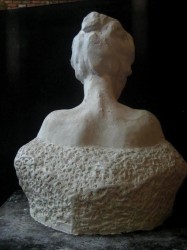 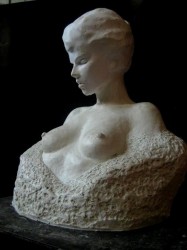 SERENITY – 1969
DIMENSIONS:  320 MM HIGH
Tienie Pritchard modelled the original sculpture in 1969 during his first year as a professional sculptor in his studio at Hennops River, near Pretoria. Although highly sought after, just a limited edition of the sculpture was produced and never repeated.
In 2008, after receiving a request from the Tienie Pritchard museum to recast the original, he changed the sculpture deliberately by remodelling the shoulders and adding the surrounding rock. This remodelled version was intended for marble carving, which has never been executed.