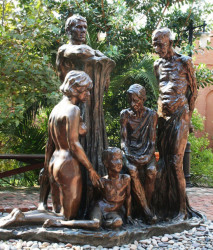 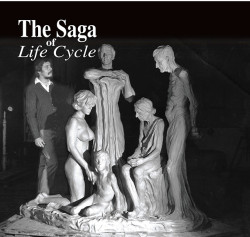 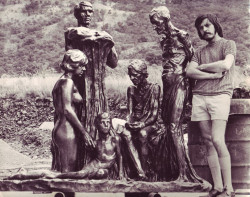 Bronze
Dimensions: Life size
Life Cycle was commissioned in 1970 by the state department Public Works for the new Civitas building in Pretoria, which was destined to house the Department of Internal Affairs.  The nudity of the sculpture group caused a public outcry by churches and Die Vrouefederasie.  It resulted in a big controversy, raging in the media for a period of four years.  The media storm placed the sculpture on the agenda of forums such as cabinet meetings and the Publications Control Board.  Although already completed in 1971, the sculpture was only erected in 1974  – on the podium level of the Civitas building where it was completely hidden from the public eye.  It remained there for 25 years.  The sculpture can now be seen at the entrance of the Orient Boutique Hotel in Elandsfontein, Pretoria