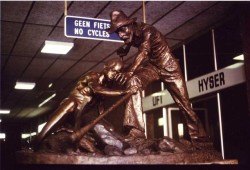 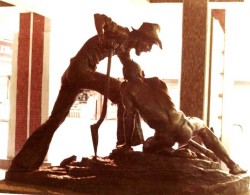 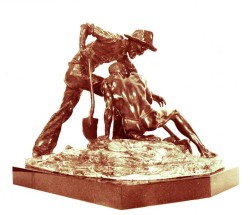 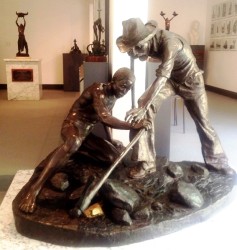 The Discovery of Gold in the Tienie Pritchard Musem

DISCOVERY OF GOLD – 1978
DIMENSIONS:  Slightly smaller than life- size
Tienie was commissioned by Volkskas Bank to make a sculpture for their new building in Pietersburg.  Tienie depicted the discovery of gold on the farm of Button, later called The Eersteling Mine. The sculpture had been erected in the arcade of the Pioneer building, but was removed at a later stage.

It is now on permanent display in the Tienie Pritchard Museum.